Beaverbrook, a bet, Churchill and…

By mindy21 November 2021No Comments

Beaverbrook, a bet, Churchill and some very special ash-trays!

Press tycoon Lord Beaverbrook was handed the position of Minister of Aircraft Production by Churchill who had recently become Prime Minister. Once Beaverbrook had full control of the works at Castle Bromwich he set about fixing the problems of inefficiency working closely with the Production Manager, Edward ‘Rex’ Talamo.

Rex wanted to shut the works down first, much to the ire of Churchill. He had a bet with Beaverbrook that he could double the production rate. The bet was for 500 Guineas. Rex won the bet and Beaverbrook paid up.

Although it took some time to resolve the problems, CBAF achieved full production in June 1940, when 10 Spitfire Mk IIs were built; 23 in July; 37 in August; and 56 in September. 611 Squadron at RAF Digby was the first squadron to receive the Mk II in August 1940.

Churchill was so happy he sent Rex an inscribed silver ash tray for the first four or five months after the factory reopened on the production line method. Each one showing how the new method had improved Spitfire production.

The King visited the factory, Rex seen on his left hand side sporting a small moustache! The Churchill party observed a Spitfire display during their visit.

Praise indeed from Lord Beaverbrook to Rex, as noted in the telegram on Christmas Day! 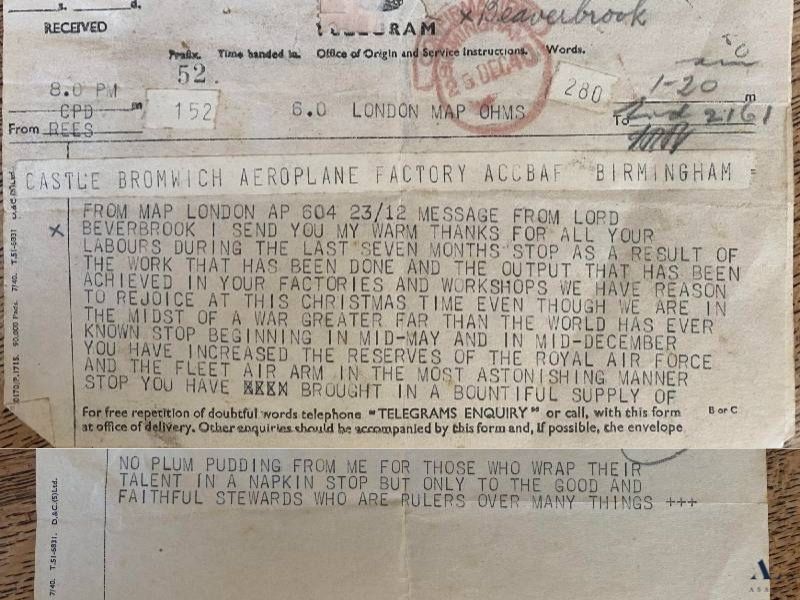 In 2020 the grandson of Rex was reading a copy of Country Life when he saw our Spitfire laptop sleeve.    James got in touch with his story and a special request. We were delighted to learn more and to help keep his family’s story alive.

So on James’ request we created a special Spitfire Laptop sleeve showing the same inscription that would appear on the ash trays gifted by Churchill to his grandfather. 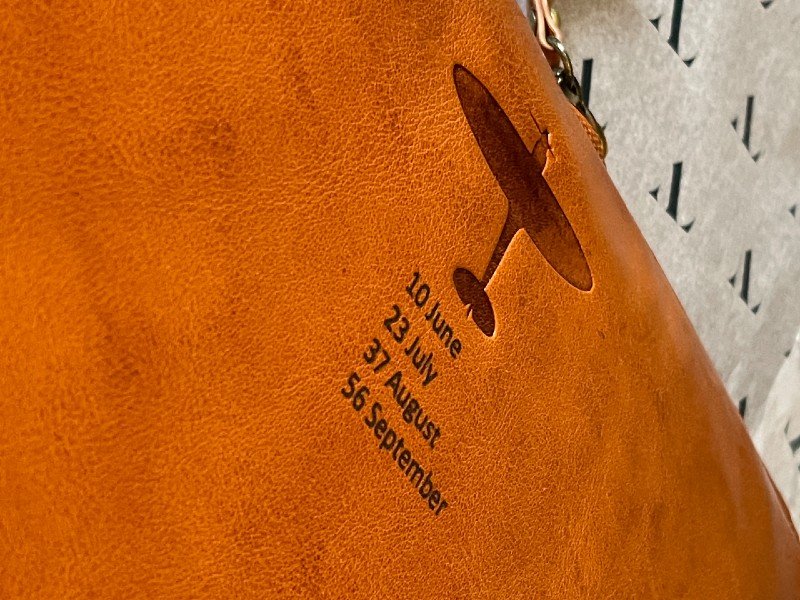 Rex resigned from Vickers in 1944 and went to Shanghai as the Commercial Secretary.  He was imprisoned by the Chinese communists for twelve years until his escape in 1956.  Sadly he died before James was born.

James’ father was inspired by Rex to become a fighter pilot and went on to enter the RAF through the first Cranwell entrance post war. He flew many aircraft from Tiger Moths to Meteors, Hunters, Vampires right up to Jaguars.

The Castle Bromwich Aircraft Factory went on to become the largest and most successful plant of its type during the 1939–45 conflict producing a maximum of 320 aircraft per month, it built over half of the approximately 20,000 aircraft of this type. And the rest they say, is history…