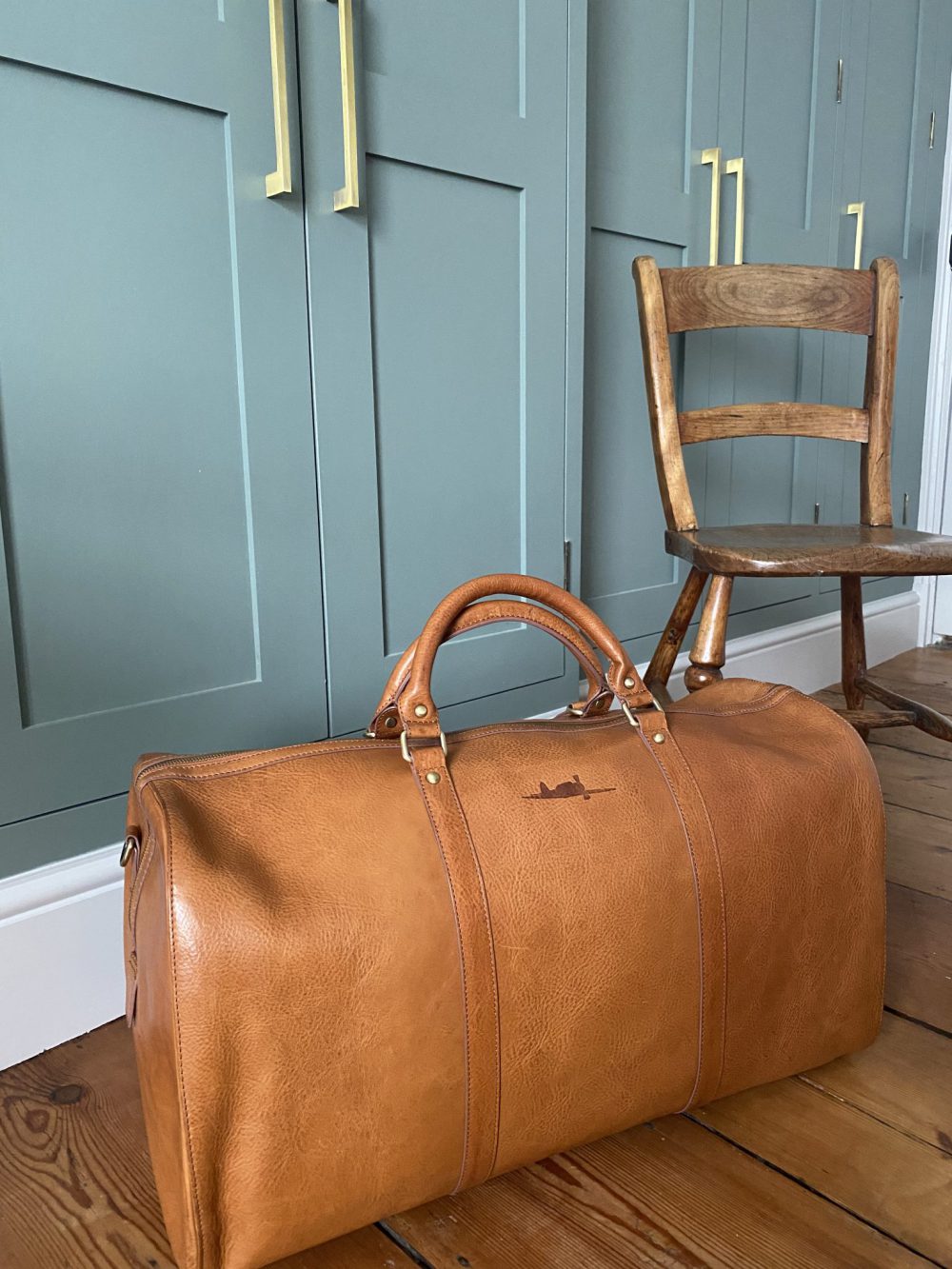 If you’re familiar with ASALI you’ll know we do bags and we do them well!

Alongside his memories of competing at the highest level Ian can now be found behind the mic or camera offering his wisdom to sports fans as a pundit for the game, he helped us with a blog about success, has recently had a second child and in his spare time flies his YAK-52, that’s where we come in!

We joined Ian and Carol Vorderman on BBC Radio Wales last year as we all congregated in Swansea for the annual airshow. Somewhere between last year’s airshow and this years pandemic we managed to speak and create the bag Ian had hoped for.

What you need to know about a YAK-52

Our Yak weekender bag is made from genuine Italian leather and made using a combination of hand and machine based techniques. (L) 60cm x (W) 30cm the bag is finished with brass fixtures and fittings. All our bags come with their own dust-cover and long strap that can be personalised.

If you would like to own your own weekender with the YAK silhouette or commission one for a team please get in touch for more information on prices and our waiting list.