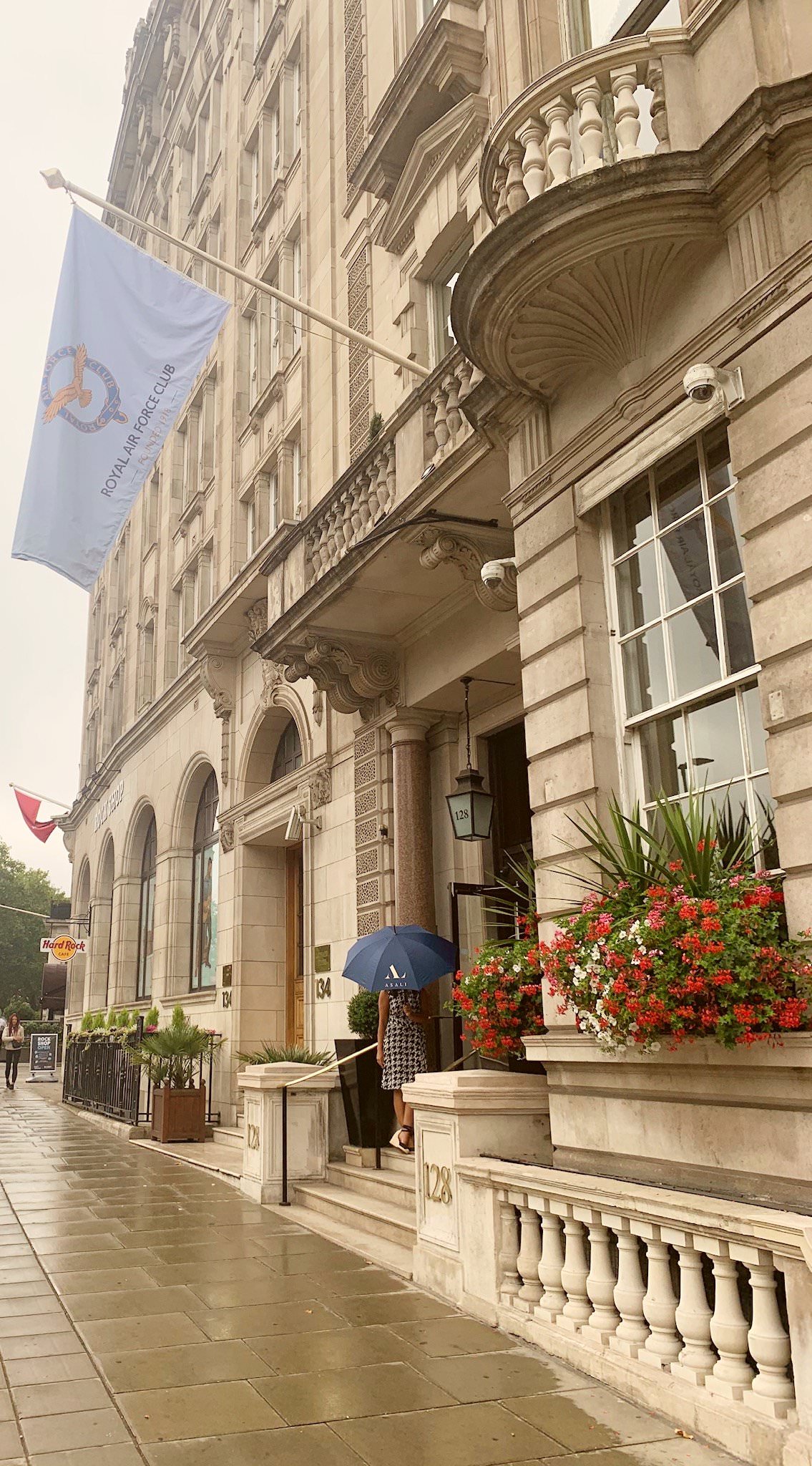 From Lincoln to London, ASALI Designs has had the pleasure of visiting the glorious RAF Club on a number of occasions. For those of you that haven’t had the been, here’s a glimpse…

The Royal Air Force Club was founded in 1918 when the then President of the Air Board, the first Viscount Lord Cowdray, sent a letter to the Chairman of the Royal Flying Corps, Sir Sefton Branker, with an accompanying cheque for £100,000. Within the letter was stated that the funds should be ‘…sufficient to ensure a permanent Club House worthy of the airmen and of their ‘brilliant and superlative heroic work’’.

The buildings that still house the Club were acquired by the middle of 1919 and are an amalgamation of what was formally ‘the Ladies Lyceum Club’ and some stables overlooking Old Park Lane. Between 1919 and 1921 extensive reconstruction took place and the Club was eventually opened on 2 January 1922 to members and officially opened by the Duke of York on 24 February 1922.

After the Club was able to acquire the Freehold of 128 Piccadilly and 6 Old Park Lane in the 1980s, the Club was able to develop into the impressive space that it is now. Improvements included the conversion of the basement area into ‘The Running Horse’ Tavern, best described as a traditional English pub in the heart of the Club and named after the public house that stood on the site in the 18th century.

Source: Club History: A century past

Clearly things have moved on quite a bit and we’ve sampled first hand the beautiful main entrance, the stair case and of course the champagne and culinary delights. Our most memorable visit was for the Fly2Help gala dinner which we were happy to support.

But what of other guests to the club and their experiences? We’ve been asking…

“You can’t help but be impressed by the RAF Club. I’m always blown away with the location, the splendour, the incredible artwork and the sense of being part of something really special every time I am there” Flt Lt Jim Peterson, Typhoon Display

The Royal Air Force Club is one of the world’s genuinely special places and I count myself very lucky to have visited many times over recent years. There is always something remarkable to catch your eye. To be invited to exhibit in such a historic place and amongst so many other works of art celebrating the Royal Air Force was a genuine honour and something that I will never forget” David Bent Hon CRAeS

After their recent visit to Bomber County, we got in touch with the presenters that bring us aviation podcast, ‘Top Landing Gear’. We asked former RAF pilot and podcast fact checker James Cartner about why he loves the RAF Club:

Have you been or will you be visiting soon?

We are delighted to announce that parts of our collection now sit alongside the glorious artwork inside the RAF Club and are available to buy. Members can also purchase ASALI gifts via the Club’s website or directly with us. Contact the club for exclusive member rates.

The RAF Club combines RAF heritage with a host of excellent modern facilities for relaxing and dining, along with well-priced overnight accommodation. With over 110 bedrooms, a well-equipped Fitness Centre and Business Suite and relaxed public areas, use of the Piccadilly clubhouse can be enjoyed as part of your annual membership.

Serving and Former Serving Officers do not require a proposer or seconder to become members of the Club, read more about memberships here.